Pyramid Head is one of monsters present in the Silent Hill universe. It is also one the main and most well-known antagonists of the series. Pyramid Heads can be likened to executioners, and they are here in the world to punish all the sins that humans and non-humans have committed.

Pyramid Head definitely looks scary enough even just standing and doing nothing. It has the body of a male man who has a long, bloodied, dirty white fabric wrapped around his torso and a very long and deadly-looking Great Sword. Where a human head would’ve been, there’s only a metallic-looking triangle shape on top. Here’s everything you need to look like Pyramid Head. While Pyramid Head might not have a credited actor in the film, you can search up Roberto Campanello. He was the movement coordinator for the Silent Hill film.

Check out these sites to read more about Pyramid Head and the other characters from Silent Hill: 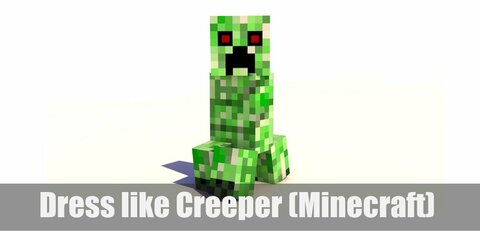 Creepers are pixelated monsters, made with different shades of green. They have a perpetually sad face. They have a long, straight torso, two short legs, and a cube head. Underfell Sans’ costume is a beige shirt, brown tunic, khaki shorts, brown tights, and a giant paintbrush.
Some of the links may be affiliated. When you buy through our links, we may earn small commision. Read Full Disclosure. Thanks for supporting us.