How to Make the Front Man’s Costume from Squid Game 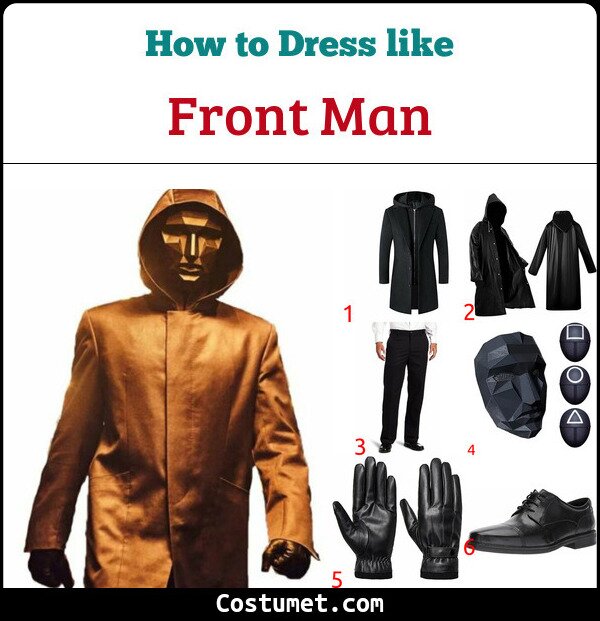 Like the rest of the guards, the Front Man hides his identity behind his mask. His is made more intricate compared to the guards’. To recreate his iconic look, be sure to wear a hooded long coat and dark pants. You can also get a pair of black gloves and black shoes to nail his costume.

About the Front Man

The Front Man is the person overseeing all of the Squid Game events. He is seen as a mysterious character that is dressed in full black. He gives orders on the games as well as in maintaining the secrecy of identities and equality in the game. The Front Man is also the one who received the VIP guests in behalf of the Host. The Guard's costume from Squid Game can be worn with an all-pink suit or wear a pink hoodie and matching pants. Style it with a black belt, gloves, and shoes. Complete the costume with a black mask that has a circle, square, or triangle shape. Covid-19/Coronavirus costume is a virus mask and set of clothes with word corona
Some of the links may be affiliated. When you buy through our links, we may earn small commision. Read Full Disclosure. Thanks for supporting us.