How to Make The Juggernaut’s Costume from Thirteen Ghosts The Juggernaut’s pale appearance, matched with his light-colored hair and clothes, gets a bit of color from the bullet wounds he has. Be sure to draw bullet marks all over the face and body to complete his costume.

The Juggernaut is a character from the show Thirteen Ghosts. He is the ghost of Horace “The Breaker” Mahoney and the twelfth ghost featured in The Black Zodiac. When Horace’s father died, he is left alone and eventually has no one to guide him. He went mad and became a serial killer, picking up hitchhikers and stranded motorists to bring to his junkyard. There he tore them with his hands and fed their remains to his dogs. This preferred method of killing earned him the nickname “The Breaker”. 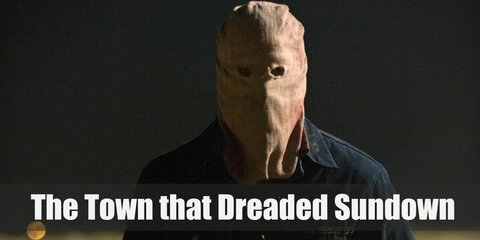 A typical Sweeney Todd costume of his would be a button-up shirt, trousers, a coat, a necktie, and professional dress shoes.