How to Make a Vampirina Costume Vampirina is a cute little girl, that just happens to be a vampire as well. Her outfit is also just a little on the spooky side of the spectrum, but you really can’t say it’s cute.

Though she may wear a black cobweb printed dress, it’s cut in a very cute way and she also wears a pink T-shirt under it. She wears matching pink socks under her black booties that are similar to Timberland boots.

Around her neck she has a little black skull necklace that is just a little creepy. Her hair is shaped into two ponytails that are kind of like bat wings that are easily turned into a headband you can wear. The two very vampire characteristics she has are her fangs and her blue skin.

Vampirina has simple makeup that will be very easy to replicate. The only though part is that her entire body is blue, but you can do that easily by following this tutorial.

Vampirina is the star of of her own Disney show. She is a little girl vampire that moves from Transylvania to Pennsylvania and has to deal with being the new kid in a new town.

Vampirina is actually from a book series of the same name, but in the TV show, she is voiced byIsabella Cramp. 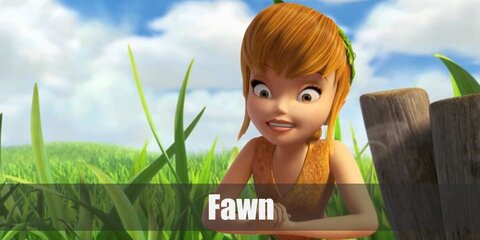