Carl and Ellie (Up) Costume for Cosplay & Halloween

If there’s the ultimate couple goals in the whole Disney-Pixar universe, it would be Carl and Ellie without a doubt. Ellie’s wild imagination and Carl’s quiet personality may be totally different, but they do say opposites attract. It isn’t surprising at all that these two playmates became lifelong partners. Pixar created a truly wonderful love story in under ten minutes.

For this set, Carl and Ellie are wearing their childhood outfits. Ellie has on a floral blouse and denim overalls while Carl prefers a white shirt under a brown vest and cute khaki shorts. Here’s everything you need to look like Carl and Ellie.

How to make Carl Fredricksen Costume 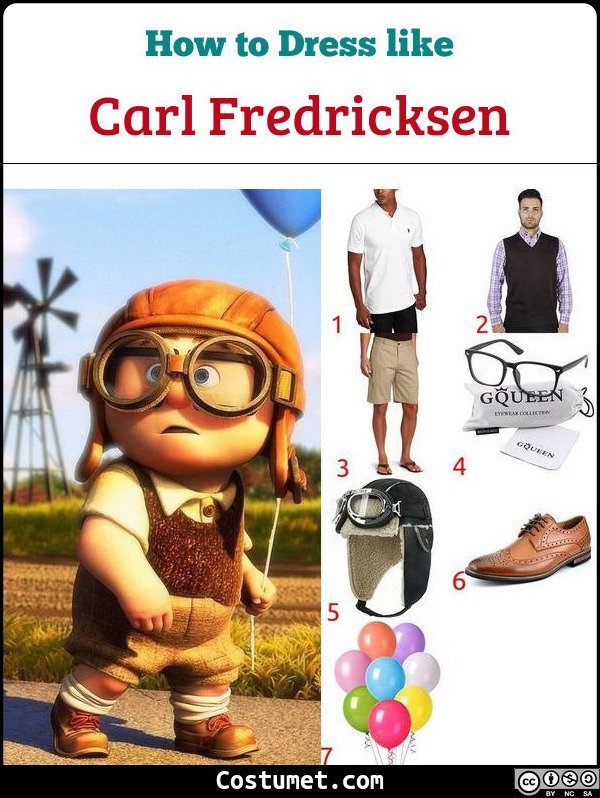 How to make Ellie Costume About Carl and Ellie

Ellie’s name was inspired by her voice actor Elie Docter who is incidentally the daughter of Up’s director. Carl is voiced by talented actor Ed Asner.

Check out these sites to read more about Carl, Ellie, and other characters from the movie Up: