How to Make Otto Costume How to Make Reggie Costume How to Make Squid Costume How to Make Twister Costume 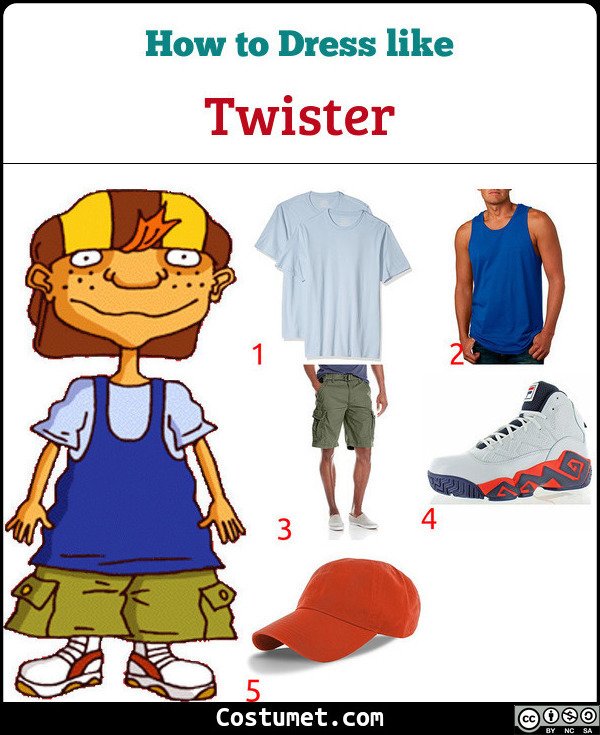 Rocket Power is one of the most popular and iconic cartoons during the early 2000s. It ran on Nickelodeon from 1999 to 2004. This show revolved around four kids who loved extreme sports and the various situations they always seem to find themselves in.

Otto, Reggie, Squid, and Twister has been a part of many kids’ childhood at this point.

Twister has on a light blue shirt under a blue tank top and green pants.

Here’s everything you need to look like Rocket Power.

Check out these sites to read more about Rocket Power: