How to Make Alan Parrish Costume Alan Parrish is the main protagonist in Jumanji. Alan, as a kid, was a rather adventurous and pessimistic boy. His years of survival and gained skills from living inside the game helped him face whatever challenges that were released from it.

Alan Parrish is all about survival and wears an outfit tailored from the protection that nature could offer. He wears a brown caveman vest, a poncho and a hat made from leaves, brown shoes, and green bandages.

Alan Parrish was portrayed by Robin Williams. Williams is also known for his roles in Mrs. Doubtfire, Good Morning, Vietnam, Good Will Hunting, and Mork & Mindy.

Check out these sites to read more about Alan Parrish and the other characters from Jumanji: 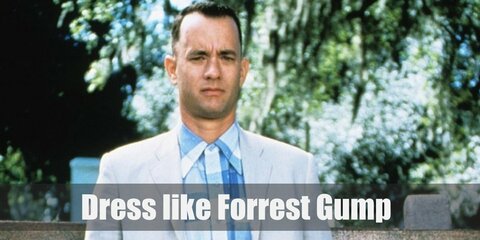 Mrs Doubtfire wears a pink cardigan over her tartan skirt. She also wears a pair of brown brogue shoes. Get a white wig and a pair of eye glasses, too. Complete the costume by carrying a broom. Alan's costume features a printed grey shirt paired with light-colored pants. He either had a brown body bag or a baby carrier. To complete his outfit, wear a wig and matching facial hair. Wear shades to complete the outfit.
Some of the links may be affiliated. When you buy through our links, we may earn small commision. Read Full Disclosure. Thanks for supporting us.