War Boys’ costume are very simple, yet recognizable and iconic. Often, they wear only a pair of dark cargo pants with a big belt and motorcycle boots. Some of them may have other accessories such as gloves or goggles on.

Their accessory largely depends on what can they loot from the victim. If you’re interested in this look, check out our tutorial and item list down below to recreate War Boys’ outfit.

War Boys are supporting characters in the 2015 Mad Max: Fury Road, the re-visioned sequel of the movie franchise with the same name. However, there’s one War Boy who plays as one of the main character and his name is Nux, portrayed by Nicholas Hoult. The film is about the war between men in the post-apocalyptic wasteland where the environment alone can kill you.

War Boys are a group of young men who serve Immortan Joe in the Citadel. They look up to the tyrannical ruler as God and strongly believe that death in service of him is the greatest honor. Therefore, War Boys are loyal to Immortan Joe and never hesitate to do anything for him. 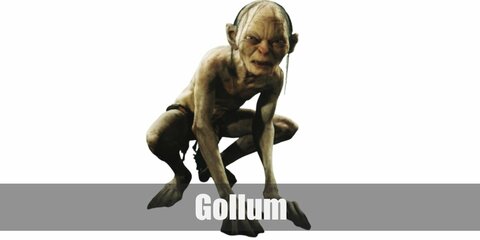 Gollum (Lord of the Rings) Costume

Gollum’s costume is a nude bodysuit, a mask, a brown loincloth, big feet, and the One Ring.
Some of the links may be affiliated. When you buy through our links, we may earn small commision. Read Full Disclosure. Thanks for supporting us.