How to Make Shy Guy Costume Shy Guy is a sub-species in the Super Mario Universes that is commonly regarded as enemies of Mario and Yoshi. They can be found in many of the Super Mario games. They have even made cameos in other video games, like Sonic, Minecraft, and Legends of Zelda.

Shy Guy, as their name suggest, do not show their face and are covered from head to toe. He wears a red hoodie, purple joggers, purple sneakers, a plain, round white mask, a belt, and red gloves.

Check out these sites to learn more about Shy Guy and other characters from Mario: Ness’ costume is a yellow and blue-striped shirt, blue shorts, white crew socks, red sneakers, and a red and blue cap. He also brings along a baseball bat and his backpack. 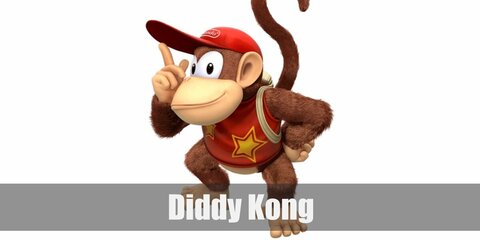 Munchkins (The Wizard of Oz) Costume Little Mac’s costume can be done with a black tank top and green shorts. Complete it by wearing boots and a pair of green boxing gloves.
Some of the links may be affiliated. When you buy through our links, we may earn small commision. Read Full Disclosure. Thanks for supporting us.