How to Make Viperine Gorgon Costume Now if you want a great makeover, you should probably call Viperine. She’s a gorgon who knows how to make anyone pretty. In fact, she’s the personal makeup artist of the artist, Elissabat. If you want to hang out with someone who’s excitable and passionate about her career, go with Viperine.

Viperine Gorgon is a girly girl who loves her retro. She wears a floral shift dress, pink boots, and awesome pink snake headband. Here’s everything you need to look like Viperine Gorgon.

Check out these sites to read more about Viperine Gorgon and the other characters from Monster High: 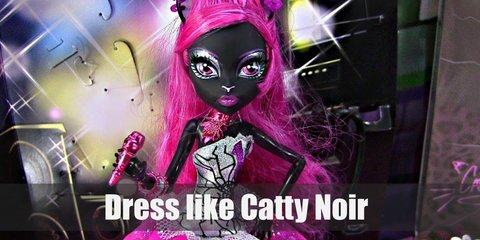 Catty Noir costume is a shiny silver top, a pink tutu, a pink scarf, and white boots. She even has long, pink hair.
Some of the links may be affiliated. When you buy through our links, we may earn small commision. Read Full Disclosure. Thanks for supporting us.