Daisy Buchanan is a stunner in her vintage dress styled with elegant pearls, a headpiece, and nice pair of heels. Meanwhile, Jay Gatsby always looks on-point and he meets Daisy again in his black suit and bowtie ensemble.

About Jay Gatsby and Daisy Buchanan

Jay Gatsby and Daisy Buchanan are characters from F. Scott Fitzgerald’s novel, The Great Gatsby. The story follows Jay and his initial romance with Daisy, who, as a socialite, was naturally “out of the league” for Jay. Jay worked hard to earn enough money and then threw parties with the hopes of meeting Daisy again after they drifted apart. He finds out Daisy is married to another man and from there the story picks up. 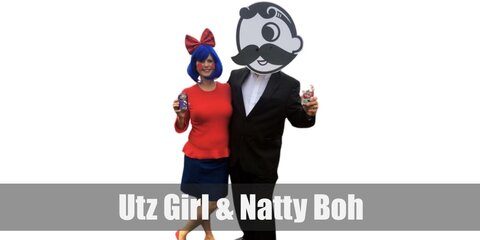