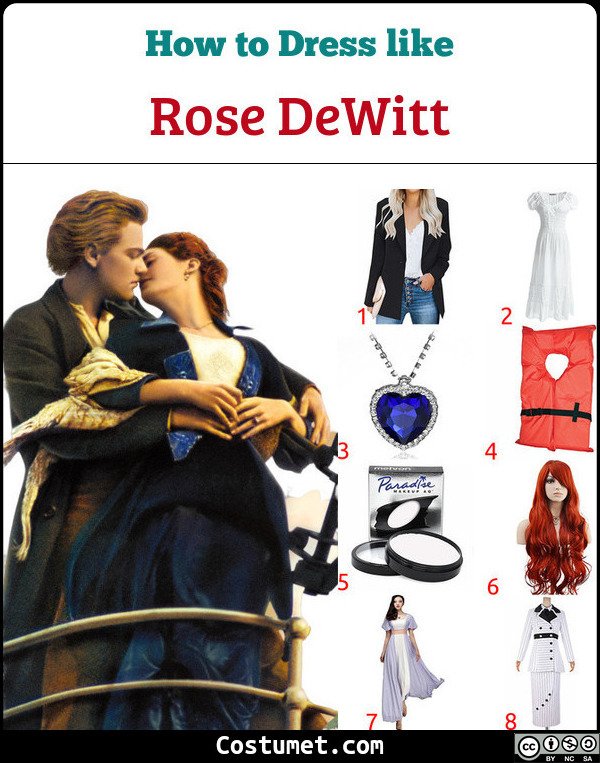 How to Make Jack Dawson Costume Jack and Rose is the modern Romeo and Juliet who met in the ill-fated maiden voyage of the Titanic. She was a first-class passenger, he in third-class. Suffice to say, their whirlwind romance was looked down upon by many. But it’s their loyalty to each other that won the hearts of audience’s around the world.

Jack wears simple attire because of his humble background. He has on a white tunic, brown pants, and white suspenders. Rose tries to blend in with her simple cap-sleeved dress and Jack’s black coat. You can also make your costume as if you’re freezing like Jack and Rose by making yourself look pale with white face paint.

About Jack and Rose

Star-crossed lovers who met while at sea, Jack and Rose are the 20th Century’s Romeo and Juliet.

Rose was portrayed by Kate Winslet. Winslet is also known for her roles Revolutionary Road, Eternal Sunshine of the Spotless Mind, and Sense and Sensibility.

Jack was portrayed by Leonardo DiCaprio. DiCaprio is also known for his roles in Inception, The Departed, and The Wolf of Wall Street.

Check out these sites to read more about Jack, Rose, and the other characters from Titanic: