Donald Trump is well-known for his orange colored skin from fake tanning and flappy blond hair. For his outfit as a president, Trump wears a formal white buttoned down shirt, neckties, a dark suit blazer, formal pants, a leather belt, formal shoes, and an American flag pin.

Also, he is often seen wearing his campaigning cap labeled “Make America Great Again.” Do you wish to recreate Trump’s presidential look? Check out our list down below.

Donald Trump is the 45th and current President of the United States. Before stepping into the politic field, Trump was known as a Hollywood TV personality, who appeared in various number of movies and TV shows, and a successful businessman. As he campaigning for the presidential election, Trump receives a lot of criticism because of his racist policy and remarks.

However he managed to get elected as the president of the United States eventually. Still, many people around the globe continue to bash and make fun his behavior. And to many of people Trump becomes a laughingstock which crating a whole new personality for him. 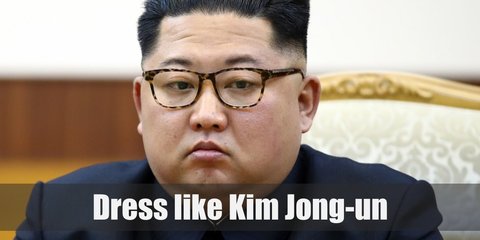 Captain Spaulding wears a plaid shirt, cargo pants, and working boots. Otis wears black bell jeans without a shirt, a belt, and black working boots. Baby wears a brown spaghetti dress and cowboy boots.
Some of the links may be affiliated. When you buy through our links, we may earn small commision. Read Full Disclosure. Thanks for supporting us.