How to make Patchy the Pirate costume 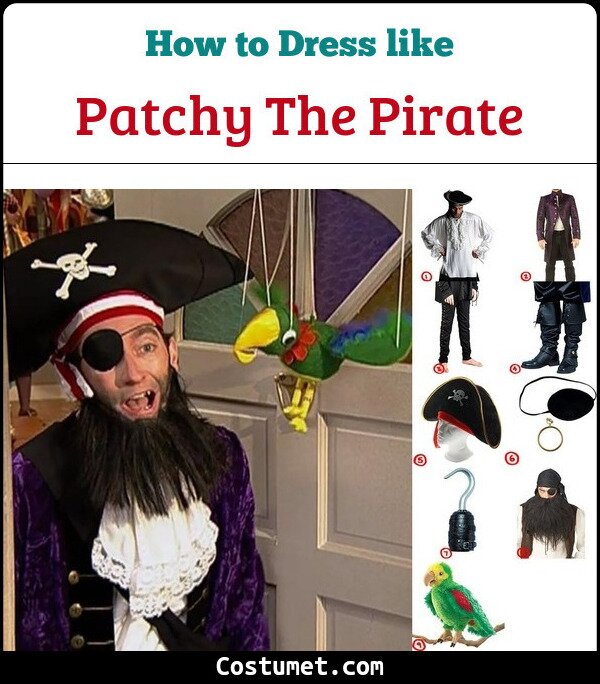 He may not actually be part of our beloved Bikini Bottom group, but Patchy the Pirate has wormed his way into the hearts of many die-hard Spongebob fans (as he is one himself!). Always in the company of his parrot Potty, this fun-loving and pirate-obsessed guy is the live-action host of the show and is also the self-elected President of the Spongebob Squarepants Fan Club.

He’s personality is anything but ordinary but Patchy dresses like a stereotypical pirate. He has on a pirate’s hat, a hook and eye patch, a purple coat, and an awesome fake black beard. Here’s everything you need to look like Patchy the Pirate.

About Patchy the Pirate

This quirky pirate is played by none other than Tom Kenny who is also the voice actor for our beloved Spongebob and Gary the Snail.

Check out these sites to read more about Patchy the Pirate and the rest of the gang from Spongebob Squarepants: King Neptune is portrayed in the series as having green skin, a merman’s tail, a king’s robe, and the trident. Here’s everything you need to look like King Neptune