How to make a Barbara Holland Costume Barbara led a short life, both fictionally and on-screen. But she did touch millions of hearts along the way. She was seen as a symbol of the minority. After all, she was smart, tall, curvy, and not part of the In Crowd in school.

Simply, Barb was every last one of us typical high school kids. And that’s what made her death all the more devastating.

Barb’s sense of style is a breath of fresh air! She wears simple high-waist mom jeans, brown loafers, a cool plaid top with frills, and an awesome pair of eyeglasses. She’s a real icon!

Barb shows that mainstream media can have attractive plus-size women that don’t need to necessarily be comedic reliefs or sexy stars. Here’s everything you need to look like Barb.

Barbara Holland was portrayed by Shannon Purser. Purser’s role in Stranger Things catapulted her to stardom, and she has then acted in well-liked tv series like Riverdale as well as starred in her own Netflix film, Sarah Burgess is a Loser.

Check out these sites to read more about Barb and the other characters from Stranger Things: 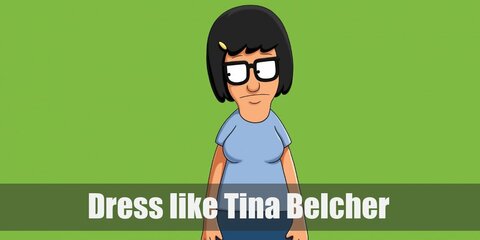 Max Mayfield’s costume is a striped shirt tucked into high-waist denim shorts white socks, red sneakers, and a red pair of sunglasses. Max Mayfield may be pretty but she’s not girly.
Some of the links may be affiliated. When you buy through our links, we may earn small commision. Read Full Disclosure. Thanks for supporting us.