The Dude (The Big Lebowski) Costume for Cosplay & Halloween

He may come off as the laziest man in the world (which he arguably is) but The Dude also has a huge heart and a surprisingly decent moral code. He doesn’t own a luxury mansion but does live in a crappy, rented apartment and he’s super content with his simple life of drinking White Russians and playing bowling.

The Dude has the most laid-fashion style that perfectly embodies his simple, non-materialistic (if not loser-like) lifestyle. He can often be seen wearing his signature Peddleton zip-up sweater, a plain undershirt, and awesomely patterned pajama pants. What more in life do you need? Here’s everything you need to look like The Dude.

How to make ‘Awesomely Lazy’ The Dude Costume The Dude was portrayed by the iconic Jeff Bridges. He is known for numerous movies as he was born for the film industry. His first appearance was in the 1951 film, The Company She Keeps. He wasn’t even two years old.

Check out these sites to read more about The Dude and the other characters from The Big Lebowski: 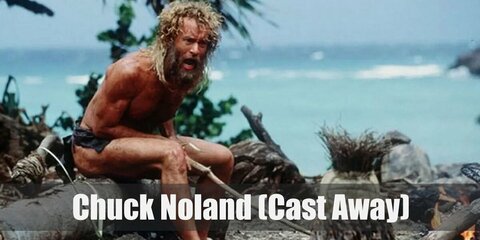 Jack Sparrow is a swashbuckling adventuresome character that is every inch a scoundrel and pirate. His style of dress is also very typical to pirate fashion. Hagrid costume is a brownish leather jacket on top of the regular shirt and topped with a long leather coat, and leather pants. He also likes to wear boots and big belt.
Some of the links may be affiliated. When you buy through our links, we may earn small commision. Read Full Disclosure. Thanks for supporting us.