How to make Feminist Icon Rosie the Riveter costume

In the iconic “We Can Do It!” poster, Rosie the Riveter has a strong blue industrial working jumpsuit on, as she keeps her sweet side by tucking her hair with a red polka-dot scarf. To recreate Rosie the Riveter’s iconic look, you can check out our item list down below.

About Rosie the Riveter

According to History dot come, Rosie the Riveter was created to be the star of a campaign aimed at recruiting female workers for defense industries during World War II, and she became perhaps the most iconic image of working women. American women entered the workforce in groundbreaking numbers during the war, while a lot of men joined the army left gaping holes in the industrial labor force.

Between 1940 and 1945, the female percentage of the U.S. workforce increased from 27 percent to nearly 37 percent, and by 1945 nearly one out of every four married women worked outside the home. Nowadays, Rosie the Riveter is a pop culture icon who represented the power of women and feminism. 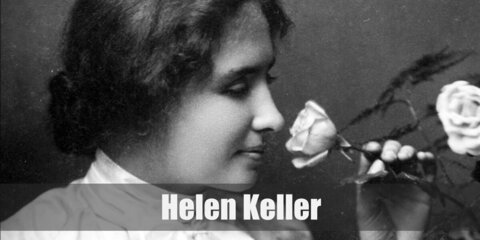 Stormfront’s costume is a maroon long-sleeved, zip-up top, black tights, black knee-high boots, black gloves, red armor, a silver belt, and a black cape.
Some of the links may be affiliated. When you buy through our links, we may earn small commision. Read Full Disclosure. Thanks for supporting us.