How to make Red Skull Costume After taken an imperfect super soldier serum, Schmidt turned into a hideous creature: he has red-burned skin all over his body.

He should also carries a Tesseract as a prop. Does this look seem cool to you? Check out our item list down below to recreate it right now!

Red Skull or Johann Schmidt, played by Hugo Weaving , is the main antagonist in Captain America: The First Avenger, the first Captain America movie that hit theater in 2011.

Johann Schmidt is the former head of HYDRA-Abteilung, a secretive weapon division of Hitler’s Army. Driven with his greed of power, Schmidt creates and tests the flawed Super Soldier Serum on himself which transforms him into the demon-like creature and earns the named Red Skull.

During the chaos of the World War II, Red Skull gains his possession over a Tesseract and tries to get the power out of it. However, Captain America gets between his plan.

During the fight, Red Skull touches a Tesseract and vanishes leaving Captain America to dive with the plane into the glacier.

Red Skull is the main archenemeny of “Captain America”. His other name is Johann Schmidt, who was a Nazi general which made him a natural enemy of the SHIELD (and the free world in general). In the film, Red Skull was head of the HYDRA, a terrorist group looking to harness the power of the Tesseract.

Red Skull is described as highly strategic and intellectual. He was also subjected to scientific practices in the past, having his brain implanted on a clone of Captain America at one point. This resulted to having optimal (best) physical prowess but with his face covered with scar tissue. 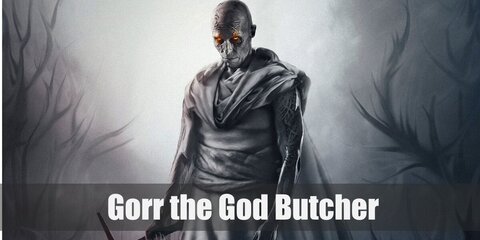