How to Make a Selene (Underworld) Costume Selene’s style is sort of the ultimate badass female fighter look. Not to mention that fact that she is a vampire who hunts werewolves definitely helps with the overall badass factor.

She definitely dresses the part as well. Her outfit starts with a super tight black leather bodysuit that covers basically her whole body, and then a sexy black corset over that.

Then she wears this really edgy black leather coat that is pretty long. On her feet are heeled combat boots that should be hard to fight in, but she some how manages it.

Selene uses extremely badass pistols to help her fighting and killing, but a lot of her acrobatic moves do the trick to.

Selene is not one for much makeup, but she does have a minimal edgy look that you can also achieve by following this makeup tutorial.

Selene is part of the Underworld series and is what is called a Death Dealer.

After she was turned into a vampire, a tragic incident turned her to hate werewolves, or Lycans. She made a vow to kill them all, and is on the hunt for Lycans all the time. She is played by British actressKate Beckinsale who also played as yet another vampire fighter Anna Valerious with Van Helsing. Akasha (Queen of the Damned) Costume

Akasha, the queen of the damned costume is a breastplate, a long black skirt with a silver belt, a big neck piece, a crown, arm bands and gauntlets with fabric attached to them, and shoes. 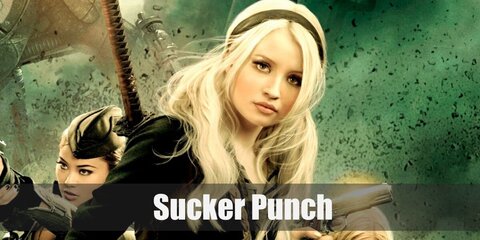 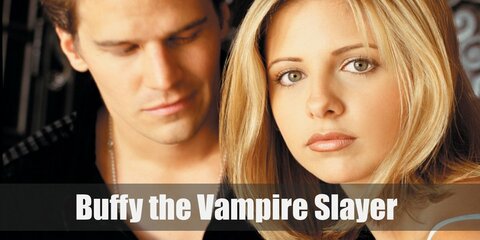 Buffy the vampire slayer’s costume is her own, but it is definitely very 90s inspired and tailored to her job of vampire slaying.