How to Make Nudist on Strike Costume Nudist on Strike is the perfect last-minute costume for those who don’t have the time (or don’t want to go through the effort) to go looking for a costume. It’s easy to plan, super customizable, can be done alone or with a group, by a man or a woman, and is quick to do.

The Nudist on Strike is a witty wordplay that will have other party-goers laughing in stitches. For those of you who do not know, a nudist is someone who prefers au naturel (or non-clothes wearing) and going on strike simply means you have clothes on. Cool, huh?

To look like a nudist on strike, you just need to wear whatever type of clothes you want (go simple or fancy, depends on you) and bring along a board saying that you’re on strike!

About Nudist on Strike

Nudism originated in Germany in the early 20th century when organizations emerged to promote social nudity as means of standing up against the rigid moral attitudes of the late 19th century.

As nudism is known to be a common practice in Europe, some European countries like Denmark and Sweden allow nudity on all beaches.

Check out these sites to read more about Nudist on Strike: 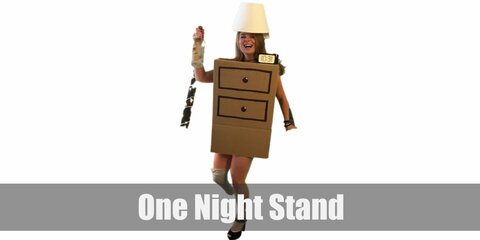