How to Make Jarjar Binks’ Costume from Star Wars

To get a feel of Jarjar Binks’ iconic star wars costume, be sure to secure an alien head or mask depicting his face. Then for his clothes, cop a dark tank top and matching trousers and wrap a dark sweater or cloth on the waist. Finish off with alien or animal-type slippers, too!

Here are pieces you can get to nail Jarjar’s costume: 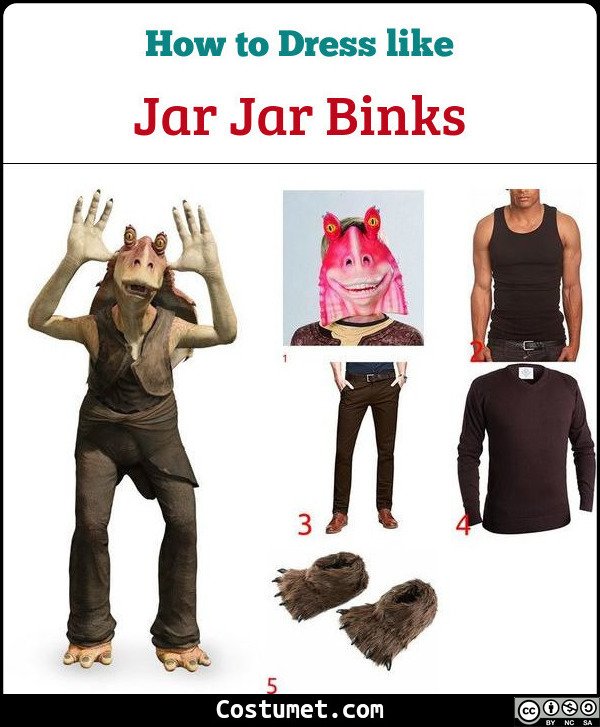 Jar jar Binks is a character from the franchise Star Wara. He first appeared in Episode One of the saga, The Phantom Menace where he played a major role.

One of his shining moments in the Episode was when he appeared in the battle scene leading Gungans as a general versus the Trade Federation. 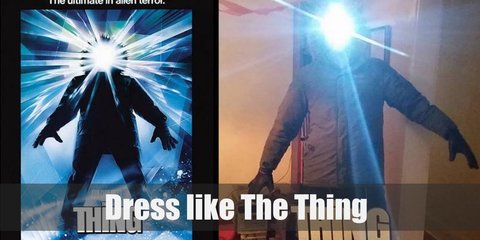 Sloth’s costume is a Superman muscle tee, red suspenders, dark pants, and a pirate tricorn hat. Sloth may look unapproachable but he is good-hearted and loyal to those who are kind to him.
Some of the links may be affiliated. When you buy through our links, we may earn small commision. Read Full Disclosure. Thanks for supporting us.