How to Make Fembot’s Costume from Austin Powers

Get this sultry fembot costume from the links below. 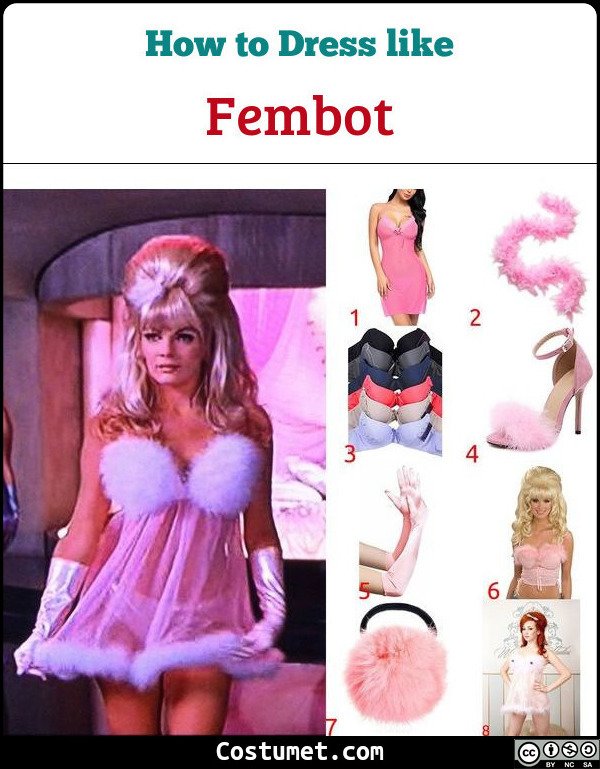 The film Austin Powers depicted their version of the fembots as beautiful android women dressed sensually.

To dress like a fembot, wear a pink sheer chemise and decorated bra with boa feather details.

Complete the look with pink gloves and heels with boa details, too. These fembots also have their blonde locks in a period-inspired updo with a feathered hair pin at the center.

Fembots are humanoid androids seen in the film “Austin Powers”. Fembots have appeared in other films but in the Austin Powers movie, they are depicted as beautiful women in provocative attires.

These lingerie-clad robots have guns hidden in their chests which can fire on command. They were designed and created by Dr Evil as a distraction for Austin Powers, who is said to possess a “free love” mentality. They try to seduce him but Austin overpowers them by being being more seductive, sending their systems to overdrive. Karen Smith’s costume is her Wednesday pink outfit and her iconic mouse costume. Karen Smith is definitely the friendliest in The Plastics.