How to Make Kevin McCallister Costume 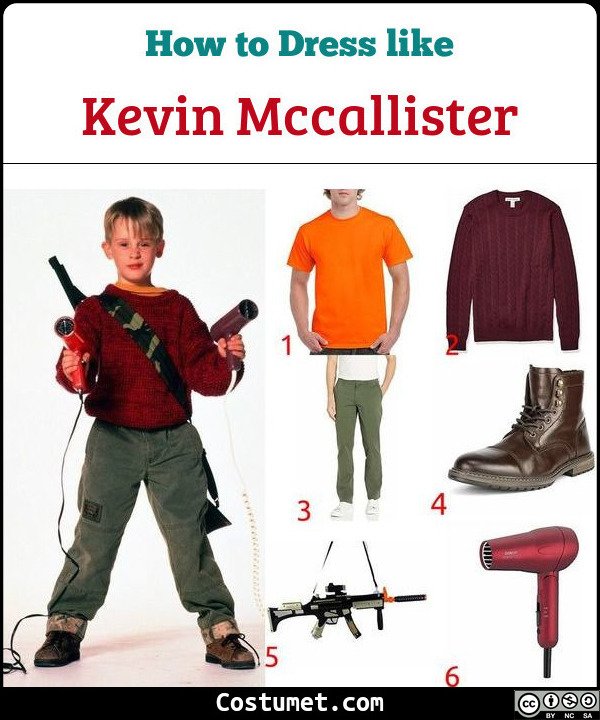 It’s really easy to feel bitter and resentful when most of your siblings and cousins pick on you. And as part of a big family, it really doesn’t help that Kevin is sometimes neglected. Despite that, Kevin does appreciate his family. He just needed to miss them… and needed to experience defending his home from bandits through devious and mischievous pranks. How to Make Marv Costume

The Wet Bandits comprise of Harry Lime and Marvin Merchants. They are a pair of burglars who like stealing from rich houses. The duo met their downfall when they targeted the McCallister house and got busted by 8-year-old Kevin McCallister.

Harry and Marv are bundled in rugged and warm winter clothes. Both villains wear different layers of brown. They have on undershirts and wool coats to keep them warm while they rob houses. Here’s everything you need to look like Harry and Marv, or the Wet Bandits.

Kevin Maccallister was portrayed by Macaulay Culkin for the Home Alone franchise. Kevin Mccallister is the brunt of the jokes because he’s the youngest from a really big family. But that doesn’t mean he can’t hold his own. He is one of the most famous American child actors, and is known for his roles in My Girl, The Good Son, and Richie Rich.

The Wet Bandits were comprised of Harry (played by Joe Pesci) and Marv (played by Daniel Stern).

Check out these sites to read more about Harry, Marv, and the other characters from Wet Bandits:

Felonius Gru costume is a black jacket, black pants, black shoes, and a black and gray-striped scarf.
Some of the links may be affiliated. When you buy through our links, we may earn small commision. Read Full Disclosure. Thanks for supporting us.