How to Make Jackie Costume 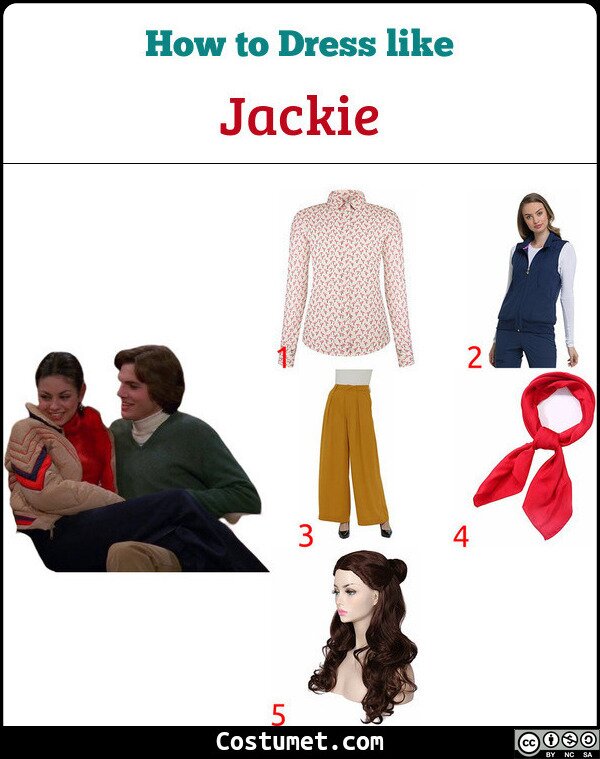 How to Make Kelso Costume Jackie and Kelso were young and friends when they got together. She is the group’s ultimate diva and he is the stereotypical airhead. Both Jackie and Kelso are their group of friends pretty members and they both know it. Sure, they might look like the perfect It couple but don’t let looks deceive you.

Jackie and Kelso both like patterns and colors, which is very in during the 1970s. Jackie loves wearing patterned tops under colorful vests. She pairs this off with bright pants and an ascot. Kelso is more laid-back yet fashionable in his patterned tops and denim jeans.

About Jackie and Kelso

Kelso was portrayed by Ashton Kutcher. Kutcher is also known for his roles in Dude, Where’s My Car?, A Lot Like Love, No Strings Attached, and Two and a Half Men.

Check out these sites to read more about Jackie, Kelso, and the other characters from That ‘70s Show: