How to make a Lock Costume How to make a Shock Costume How to make Barrel Costume Lock, Shock, and Barrel are a trio of little kids who serve as secondary antagonists in The Nightmare Before Christmas.

They love causing mischief but they’re not as heartless and devilish as they seem. It’s just that they’re really intimidated by Oogie Boogie and will do whatever it takes to appease him.

After all, they’re only kids. If an adult bully threatens you, wouldn’t you do anything to stay on his good side, too?

Lock, Shock, and Barrel look like trick or treating kids.

Lock loves his red devil costume complete with a devil’s tail and pitchfork.

Shock prefers looking like a witch with her purple dress, black tights, and pointed purple hat.

Barrel likes looking like a skeleton (even though he’s chubby) and wears a skeleton-themed sweater.

All three have different masks on as well. Here’s everything you need to look like Lock, Shock, and Barrel.

About Lock Shock and Barrel

Check out these sites to read more about Lock Shock and Barrel and the other characters from Nightmare Before Christmas: 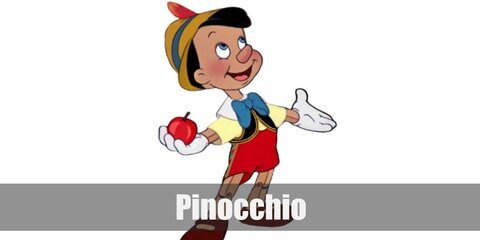