How to Make Nick Wilde Costume 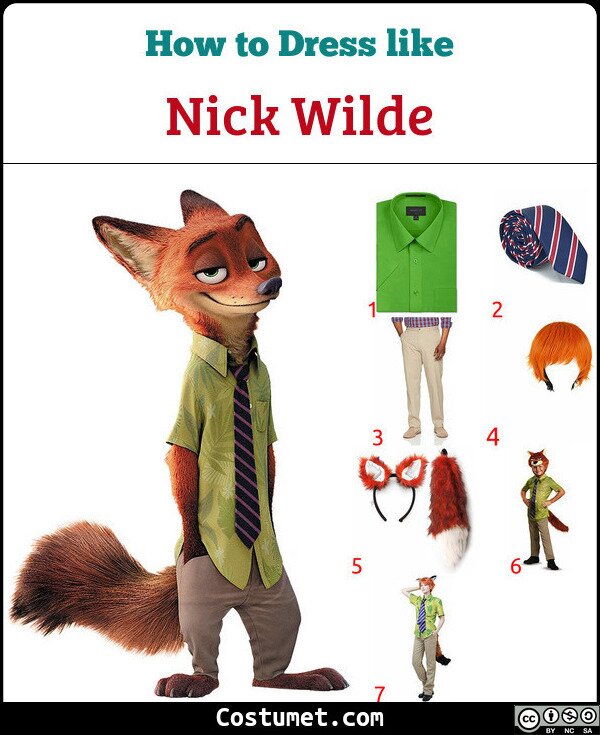 In the universe of Zootopia, animals are divided into predators and prey. When you’re a predator, you have more power to move around the world. As a fox, Nick is charismatic, sociable, and sly—everything that makes him the perfect con artist.

Nick tries to blend in the crowd and is inconspicuous to really sell his tricks. That’s why he wears a loose green button-down shirt, a purple necktie, and beige pants.

Nick Wilde was voiced by Jason Bateman. Bateman is also known for his roles in Arrested Development, Bad Words, Juno, and Game Night.

Check out these sites to read more about Nick Wilde and the other characters from Zootopia: