Wash has the most plain and simple style out of any of his fellow crewmembers. He wears a green pilot outfit and wear a summer shirt on top, they convey his occupation and laid-back lifestyle.

For a creative costume, we should add dinosaur toys into the frame as well so that we can show one more side of him. Most of time a person will wear Wash’s costume next that of Zoe’s, so people can get a clear message of who they are. 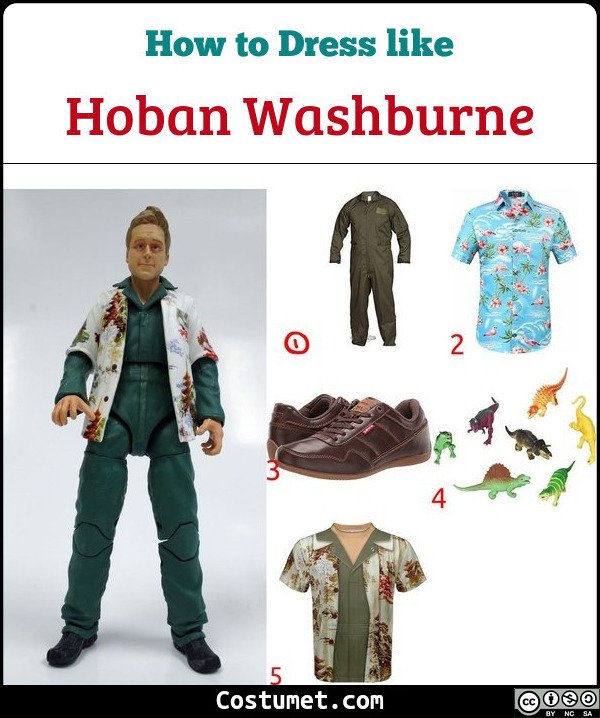 Hoban Washburne, played by Alan Tudyk, is a character in a 2002 sci-fi T.V. series ‘Firefly’. Hoban Washburne, aka Wash, is a pilot on Captain Malcolm Reynolds’ spaceship “Serenity.”

Wash became a pilot because he loves to see stars for back when he was younger Hoban grew up in an overly polluted planet where he could hardly see any flickering lights in the sky.

As a young adult, Wash spent a lot of time traveling from planet to planet which makes his skills as a pilot grew more and more.

By the time Wash gets to meet Captain Malcolm Reynolds, he had grown quite a famous reputation so Mal offers him a pilot position on Serenity in which he accepts. Wash’s hobby is to play with his dinosaur toys he keeps in the ship’s cockpit.

On board, he meets Zoe Alleyne, a Browncoat lady, whose first impression towards him is the combination of dislike and distrust. Ironically, they fall in love sometime later and eventually get married.

Although he has a dry sense of humor, Wash has always been a calm and sensible person. Unfortunately, Wash is later killed in the confrontation between the crew and the cannibal pirates called ‘the Reavers.’ Stefon’s costume is Ed Hardy shirts, multiple rings on his finger, and his iconic asymmetrical haircut.

The Spartan Cheerleaders’ costume is a black sweater with red and white details, red pants for men, a pleated white skirt with black and red details for women, and white canvas sneakers.
Some of the links may be affiliated. When you buy through our links, we may earn small commision. Read Full Disclosure. Thanks for supporting us.