How to Make Misty Knight’s Costume Misty Knight’s costume look amazing in red and gold. Her primarily red ensemble features a red body suit and leggings nailed with red shoes as well. To add a golden touch, wear one half of a pair of golden gloves on the right hand and hoop earrings. She also has a holster on her leg. Complete the costume with the wig and red headband.

Misty Knight is a character from Marvel Comics. She is described as a former New York Police Department officer who also got her arm amputated from a bomb. She got her prosthetics from Tony Stark. Afterwards, she started her private agency with her friend Colleen Wing whom she forms the crime fighting duo called Daughters of the Dragon. They would also work with Luke Cage and Iron Fist. 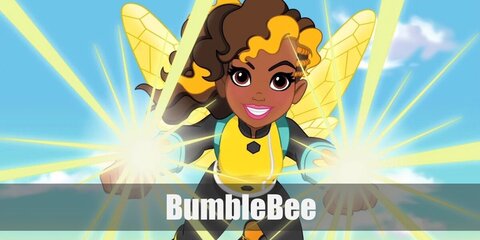 Bumblebee's costume can be recreated with a grey bodysuit, yellow tank top, boots, and a pair of wings. She also has a pair of blue arm guards.